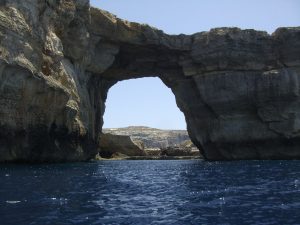 From the 3rd to the 10th of June 2013 the classes 2SB and 2HL, accompanied by Mr Bachinger, Ms Smolek, Ms Berg and Ms Ortner, spent a wonderful week on the island of Malta. Our students were accommodated at host families, where some of them got to know traditional Maltese food such as rabbit.

From 8:30 to 12:45 our students had intensive English lessons at BELS school with James, Julie and Anita. From there we departed to our afternoon adventures. On Tuesday we got to see lovely Valletta. On Wednesday we did trekking, zip lining and abseiling on the breathtaking shores of Malta. Thanks to the professional sports guides most students managed to overcome their fear and ended up enjoying the thrill of the height. Thursday was a very windy day – we almost got blown off the coast of Golden Bay, where we had a tour round Malta’s Nature Park Il-Majistral. Despite the gusts of wind combined with sand hails, which left some students with red marks on their legs, some brave students went for a swim on that day! On Friday we did climbing and sea-level-traversing in a fabulous bay. Equipped with proper climbing boots some students explored the rocks of Ghar Lapsi while others enjoyed a swim in the crystal-clear water.

On Saturday morning we did a beach-clean-up at a famous camping site. Our students were shocked at the irresponsible behaviour of some Maltese people who leave any kind of trash behind, ranging from tins and bottles to old radios and sofas! We collected two huge containers of trash within one and a half hours and the most dedicated students were awarded a banana-boat-ride. The only thing that put a damper on the students’ excitement was that poor Ms Berg got stung by jellyfish three times in a row! We were able to see those beasts from close up while kayaking at GoldenBay.

On Sunday a ferry took us to the isle of Gozo, which is situated only a few kilometres from Malta. A small group of sporty people went on a bike ride across the shore, which was a big challenge given the desperate state of the bikes and the bumpy roads. In the end we enjoyed a boat ride through the caves of Dwejra while some students waited in the shade as they suffered from terrible sun burns. On Monday we were welcomed by rain in Munich, just like on the day we had departed. On behalf of the teachers I would like to thank the students for their good mood and reliability, without which we would not have been able to enjoy the week as much as we did! 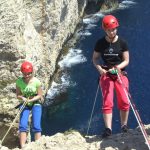 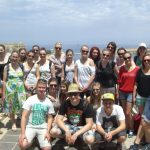 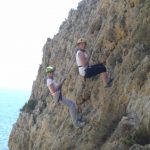 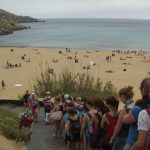 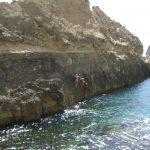 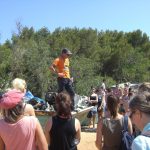 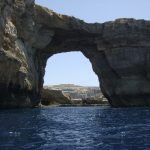 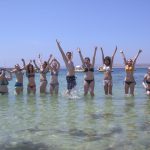 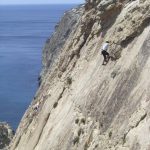 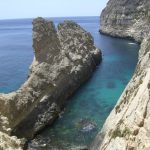 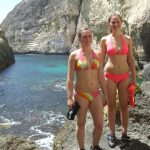 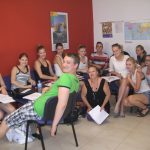 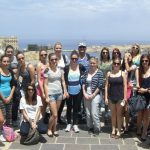 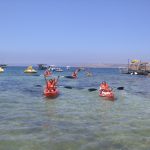 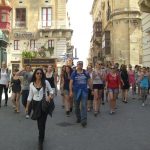 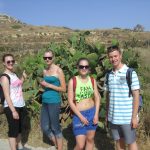 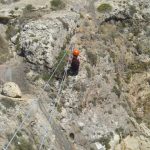 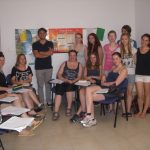 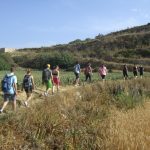 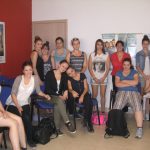 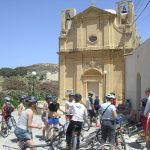